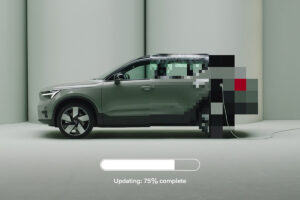 Volvo has announced that it has officially debuted its over-the-air (OTA) software update service across 34 markets, including Malaysia. Specifically, the automaker says that the service is now available for its latest car models, namely the XC90, S60 and V60. Surprisingly, it noted that the XC40 series, which recently saw the local launch of the Recharge Pure Electric variant, are not included in the list.

According to Volvo, OTA updates enable it to provide car owners with feature improvements, ranging from better energy management through improved climate timers, to the latest mobile app functionality and in-car applications. Although, it is worth noting that the availability of certain features and services may differ between markets.

This particular rollout will upgrade the infotainment systems on the XC90, S60 and V60 models to the latest Android 11 version of Android Automotive OS, while also giving users access to new app categories on Google Play such as navigation, as well as charging and parking. The automaker added that the video streaming category is expected to be added later in the year.

“By making all Volvo models able to receive over-the-air updates, we make important progress towards our ambition of making our customers’ cars better every day,” said Volvo chief product officer Henrik Green. “This is a significant milestone: we’re now updating cars of all models in a majority of our markets, bringing the benefits of remote continuous updates to an ever increasing number of customers.”

Volvo has been offering OTA updates on a regular basis in the majority of its markets in Europe and the US since last year, with countries such as South Korea, Australia, Thailand and Singapore added earlier this year. The latest rollout, which is now available to new markets such as Malaysia, India, Taiwan and New Zealand, is the automaker’s eighth complete car update and is expected to reach more than 190,000 Volvo cars across the globe.