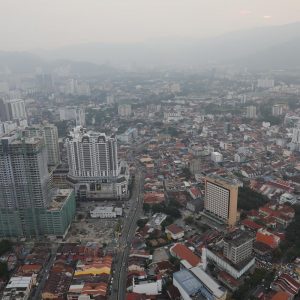 Penang is looking to impose a ban on short-term rentals of homes on both landed and high-rise properties, though no date has been decided by its state executive council at this time. Its justification for the new regulation is to help revitalise the state’s hotel industry, which has been heavily impacted by the COVID-19 pandemic.

“Whether people like it or not, we will be firm on this,” Penang housing committee chairman Jagdeep Singh Deo told online publication FMT. “Housing areas are for residents. If you are holidaying, go to a hotel.”

The chairman said the local authorities are in the midst of finalising a new guideline on the matter, which would empower management bodies of both landed and high-rise properties to take action against errant homeowners who allow short-term rentals. He also assured that medium-term rentals that stretch over several months will not be affected once the ban is imposed.

Prior to this, Jagdeep revealed during a press conference last month that joint management bodies (JMB) and management committees (MC) of residential buildings have the right to lay down house rules to prevent homestays and short-term guests. “Under the Strata Management Act, 2013, the JMB and MC can enact their own bylaw to compound the owner RM200 for each time the unit was rented out for a short-term stay,” he stated.

The forthcoming ban will undeniably affect those under independent home rental services such as Airbnb or iBilik. These are often seen as a preferable alternative to hotel bookings by travellers, mostly due to the flexibility, location variety and competitive prices that they offer. However, as mentioned earlier, the increased reliance on homestays or short-term rentals have left a huge dent on the hotel industry, which is already struggling to recover from lockdowns caused by the COVID-19 pandemic.

The post Penang Government To Impose Ban On Short-Term Rentals And Homestays appeared first on Lowyat.NET.