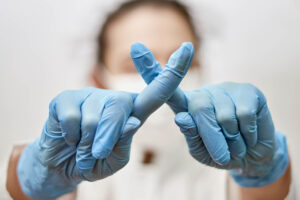 The Health Ministry has blocked the MySejahtera vaccine certificates of some customers of a clinic in Terengganu that offered services to falsify vaccination records for anti-vaxxers. So far, the police have identified at least 1,223 of 1,900 vaccine recipients from the clinic that have never actually gotten the jab.

Terengganu police chief Rohaimi Md. Isa said that currently, less than 10 people on the clinic’s list are confirmed to have actually received the shot, and some companies have reached out for further investigations after finding out that some of their employees attained their certificates from the clinic.

Rohaimi added that 23 individuals have come forward as customers of the clinic’s illegal service. As for the two customers who lodged a report claiming that the doctor had cheated them out of the fraudulent certificates, they will be treated as witnesses and no action will be taken against them.

In a much bigger case, the police are in the midst of tracking down 5,601 customers of a private clinic in Gombak that was also raided for providing illegal vaccine certificates and threw away vials of vaccines to camouflage their operation from the Health Ministry. Selangor police chief Arjunaidi Mohamed said that all the customers involved will be investigated to assist in the investigation.

The post Police On The Hunt For Unvaccinated Certificate Holders; More Than 1,000 Identified So Far appeared first on Lowyat.NET.