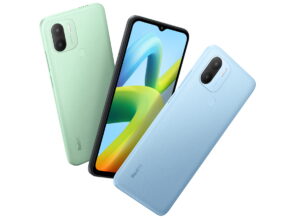 Claimed to be the company’s most affordable phone for 2022, Xiaomi recently announced the arrival of the new Redmi A1 in Malaysia. Despite its status as an entry-level device, the new phone has been equipped with a substantially sized 6.52-inch HD+ display.

Powered by a MediaTek Helio A22 processor, the variant that is currently available in Malaysia carries 2GB LPDDR4X RAM. Users can expand the phone’s memory via its memory extension (a.k.a virtual RAM) feature with up to 2GB of additional memory from its internal storage.

Speaking about storage, the phone has also been equipped with 32GB eMMC-based internal storage. Shall users need more space, they can always expand it as the Redmi A1 supports microSD with a capacity of up to 1TB.

For photography, the phone relies on a rather modest 8MP f/2.0 main camera on its back which is accompanied by an auxiliary QVGA camera that provides some assistance for portrait shots. When it comes to selfies, the Redmi A1 utilizes its 5MP f/2.2 front camera that is housed within the phone’s dew-shaped notch.

One of the phone’s major highlights is its massive 5000mAh battery which apparently able to deliver up to 22 hours of video playback, 30 hours of calling, 161 hours of music, or a standby time of 746 hours. The phone does have 10W fast charging capability although it has been equipped with a Micro USB port which is an odd inclusion for a 2022’s model.

The Redmi A1 does come with a 3.5mm audio jack though which is something that is still being appreciated by some users out there. Given its 2GB RAM though, it did not come as a surprise to us that the phone is pre-installed with Android 12 Go Edition instead of the full-fledged Android counterpart.

Price-wise, the new phone is now readily available throughout Malaysia including Xiaomi’s own Shopee and Lazada stores for RM359. Completed with leather-like textures on its back, consumers can choose to have the Redmi A1 in three colour options including Light Blue, Light Green, and Black.

The post Redmi A1 Now In Malaysia For RM359 appeared first on Lowyat.NET.