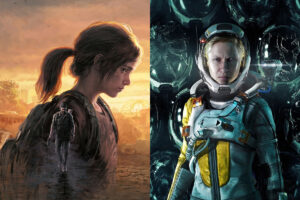 Sony, through a series of announcements made during The Game Awards 2022, has confirmed that two of its first-party games will no longer be exclusive to its video game consoles next year. The titles in question are Housemarque’s “bullet hell” roguelike shooter Returnal, and Naughty Dog’s remake of its hit survival horror The Last of Us: Part 1.

As you may recall, the former was introduced as one of the exclusive launch titles for the PlayStation 5 back in 2021, while the latter was released in September this year for the same platform. It’s also worth noting that both of which are currently the soonest first-party games from Sony to ever make the jump to PC; with Returnal taking two years after its initial release, while the latter only took under a year. For comparison, two notable former PlayStation exclusive titles Horizon Zero Dawn and the 2018 God of War took three and four years respectively.

To recap, Returnal is a third-person shooter with roguelike difficulty and psychological horror elements. Players are placed in the shoes of Selene Vassos, an astronaut who finds herself on a planet called Atropos in search of a mysterious “White Shadow” signal. Though stemming from a different genre, the game has been compared to other “Souls-like” games such as Dark Souls, Nioh and Remnant: From The Ashes due to its challenging difficulty, as well as its progression and resurrection mechanics.

The title’s forthcoming jump to PC isn’t completely surprising, given the fact that it was unintentionally leaked through a SteamDB entry back in May of this year. Apart from officially mentioning a 2023 release, Sony has yet to provide an exact date. Additionally, it is also confirmed that Ascension – Returnal’s online cooperative multiplayer update – will be included in the port.

Meanwhile, it’s probably safe to assume that Naughty Dog’s classic survival horror title needs no further introduction. Although, it is worth mentioning that its 2022 remake does feature a significant graphics overhaul, as well as updated gameplay and accessibility akin to its sequel which was released a year prior.

The Last of Us: Part 1 is scheduled to launch on PC next year on 4 March 2023. Sony confirms that the upcoming port will also include the Left Behind expansion which focuses on the game’s secondary protagonist Ellie.

Listings for both Returnal and The Last of Us: Part 1 have already been made live on Steam. While pricing for the former has yet to be announced, Valve’s digital storefront has confirmed that the latter title will launch at RM 249, with the option to pre-purchase now available to all that are interested.

The post Returnal And The Last Of Us: Part 1 Coming To PC Next Year; Latter Priced At RM 249 appeared first on Lowyat.NET.