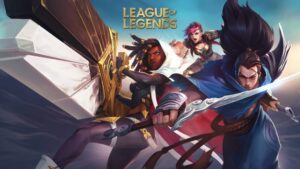 For those who play League of Legends, or even Teamfight Tactics, launching these games through Garena would come to you naturally, like an old habit. Though it’s one that you’ll slowly need to unlearn before January 2023 rolls around. This is because Riot Games has announced that from the new year onwards, the company will be self-publishing their games in the Southeast Asia region. The exception here is Vietnam where the two games will be published by VNGGames instead.

But all that aside, “what happens to all my account data?” is likely the question players or otherwise will be asking. Fortunately, Riot has provided information on that front. As the company sets up its own LoL and TFT servers to go live while the Garena counterparts shut down, an account linking process will be set up. This is set to be ready on 18 November.

So what to LoL and TFT players do in the meantime? For now, you will still have to run these two games via the Garena client. Even after linking your accounts, you’ll still be using Garena. This only changes once Riot Games’ own servers go live in January of 2023.

If you have spent money on getting Garena Shells with the intent on buying things within the two titles, these will not be converted to Riot Points, so you can only spend them on other Garena titles. Also, if you have more than one account for whatever reason, make sure to check that you’re linking the right one before you commence the linking process, as there’s no reversing it once its done.

You can hit the first link below once 18 November rolls by to start the process. In the mean time, you can read up on the whole Riot Games and Garena account linking process by hitting the other links.