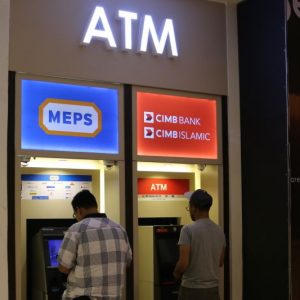 Among several moves that the government has imposed during the early stages of the Movement Control Order (MCO) last year is the removal of the RM1 interbank cash withdrawal fee for all ATMs that are connected to the Malaysian Electronic Payment System (MEPS). Originally announced back in April 2020, it was meant to discourage the public from flocking bank counters to withdraw their money.

The policy was meant as a temporary measure and supposed to be put in place again once MCO is over although the waiver is still around today despite MCO having since been replaced by the National Recovery Plan (PPN). That will change next year though as multiple banks today have announced that the fee will be imposed on customers once again starting from 1 February 2022 onwards.

The reinstatement of the policy was originally reported by RinggitPlus earlier this week who discovered the notice on Citibank’s website [pdf]. Although PayNet itself didn’t make any official announcement regarding this matter, most major local banks including Maybank, CIMB, RHB, BSN, Public Bank, and Bank Islam have since confirmed the return of the RM1 fee this coming February.

In addition to Citibank, other foreign banks such as HSBC, OCBC, Standard Chartered, and Kuwait Finance House have made similar announcements as well. Of course, you can easily avoid the fee by making the withdrawal at ATMs that belonged to your home bank although understandably, there may come times or locations whereby you simply have no other option but to utilize an ATM from a different bank.