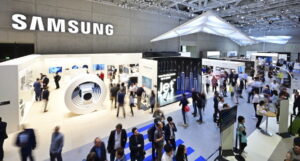 Samsung has announced that the company’s consumer electronics and mobile businesses will be merged into a single entity. Both of these businesses will be positioned under the newly established SET Division which will be led by the current President of Samsung Visual Display Business, JH Han.

JH will retain his current position though and at the same time, the company has also promoted JH as its new Vice Chairman and co-CEO. The company has also named Kyehyun Kyung as the other co-CEO which marked its shift from the previous three CEO lineup to just two.

Kyehyun, who was previously the CEO of Samsung Electro-Mechanics will take over the company’s Device Solutions (DS) division which houses its semiconductor business. The previous Head of the DS division, Kim Kinam has since been named as the Chairman of Samsung Advanced Institute of Technology.

In today’s announcement, the company said that this move was done to “strengthen its business competitiveness”. That being said, we believe that the impact of this leadership reshuffle on Samsung’s product direction can only be seen in the coming months.

The post Samsung Consumer Electronics and Mobile Divisions Are Now Under One Roof appeared first on Lowyat.NET.