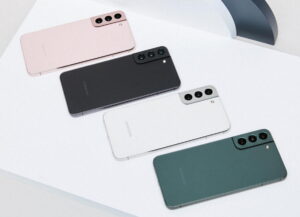 According to the Dutch-based site, GalaxyClub, Samsung could be planning on retaining the 10MP telephoto module for the Galaxy 23 Series. More specifically, it could be reused in the lesser models within the lineup, which in this case, could be an S23 and S23+.

Interestingly, reports are also suggesting that the flagship of the series, the Galaxy S23 Ultra, would unsurprisingly be the first device to house the 200MP ISOCELL HP3 sensor that was announced last week. However, prominent leakster Ice Universe (@UniverseIce) recently spoke out about this rumour and seems confident that it will not be the first device to adopt the HP3.

HP3 will not be adopted by Samsung S23 Ultra. https://t.co/cTqdMMQldA

Getting back to the subject of the telephoto lens, it is understandable why Samsung would retain the 10MP for its next generation flagship Galaxy S series devices, considering that the camera sensors for both the S22 and S22+ were also upgrades from their own predecessors.

In spite of the stagnant upgrade in terms of camera specs, it has been tipped that the selfie camera for both the S23 and S23 Plus models will receive an upgrade in which they will get an increased 12MP resolution for better images. The S23 Ultra, on the other hand, has no rumoured changes as far as we know, besides the one mentioned by @UniverseIce.

Beyond that, there is also no specific release date. But given the trend that Samsung likes to use taking into account the release dates of its predecessors such as the Galaxy S20, S21, and S22 in the past years, the Galaxy S23 could potentially be launched within the first quarter of 2023.

Irfan Iskandar contributed to this article.