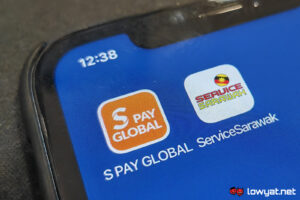 The Sarawak state government has revealed plans to introduce a single utility bill for Sarawakians through digitalisation. The proposed system would merge both water and electricity bills into one unified bill that will be delivered to consumers, though this isn’t the first time the state has mulled over implementing such a system.

“This system will integrate the process of meter reading and billing by water and electricity agencies, which will then be merged into one bill,” said State Utility and Telecommunication Minister Julaihi Narawi. When the system is introduced, the minister said that users can pay online or by using e-payment platforms such as S Pay Global and Service Sarawak.

Additionally, the state government is also considering a water conservation surcharge to curb the over-consumption of water. The surcharge would kick in when a household exceeds 35,000 litres per month, though Julaihi did not reveal how much the surcharge would be.

According to the minister, the state’s goal is to reduce the average water consumption to 165 litres daily per person. As such, the water conservation surcharge is meant to encourage consumers in Sarawak to be mindful of how much water they use.

While Sarawak only has Sarawak Energy as the state’s sole electricity provider, there are multiple water providers that serve different areas. Earlier this month, the state government announced that all four water resources management agencies  — the Kuching Water Board, the Rural Water Supply Department, the Northern Region Water Board (LAKU), and the Sibu Water Board — will be merged into one entity.