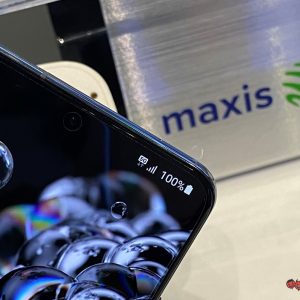 Several Maxis customers in various locations throughout Malaysia have somehow managed to access the national 5G network. This is despite the fact that the telco has yet to sort out its 5G access agreement with Digital Nasional Berhad (DNB).

At the moment, the telco is still waiting for approval from its shareholders to execute the agreement and it is likely that Maxis will only be able to provide 5G to customers sometime after January 2023. A media statement released by DNB earlier today has highlighted the situation as well.

Just want to check with you guys, is @MaxisListens 5G is already on? My phone keep latching on 5G since 6 pm and still connected even on my house.
Location, entire Seremban area. @Soya_Cincau @LowyatNET pic.twitter.com/lYdH7Sqfbn

Based on the reports that we have seen on Twitter, it began to happen sometime earlier this month in various areas including Seremban, Negeri Sembilan and Ipoh, Perak as well as Meru, Shah Alam, Port Klang, and Sepang in Selangor. On top of that, Twitter user @sheep319 even managed to access 5G through Maxis in Kota Kinabalu, Sabah.

It is unclear whether this played a major part or otherwise, but we noticed one interesting element in these reports. When we reached out to some of them and asked about the device that they used to connect to 5G via Maxis, they noted that they were using Samsung Galaxy devices.

Not everyone managed to connect to 5G via Samsung devices though. Fahim Zahar, who was a writer at Amanz noted in his report that he was using ASUS ROG Phone 6D when he managed to access 5G through Maxis in Seremban.

If we have to guess, it is possible that Maxis is performing a Friendly User Trial (FUT) session just like what Celcom has done in the past. Just that the telco might be doing it without informing their customers although that sounds rather baffling if it is true.

Nevertheless, we are now reaching out to Maxis as well as DNB to obtain further information. We will keep you posted if we received any updates from either company.