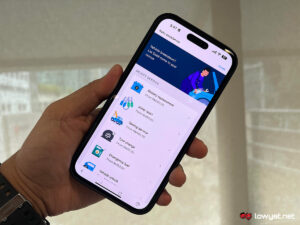 Local direct-to-pump fuel payment app Setel today has officially introduced a new onboard auto assistance feature which provides users direct access to a variety of helpful on-demand auto services. The platform had initially rolled out early access of this feature to a limited number of users earlier this month for testing.

Setel says the auto assistance function on its app enables users quick and easy access to a range of auto service providers in the event of a vehicle emergency, especially when they are left stranded on highways and so on. Provided services include requesting for battery replacement, jump-start, tyre-change, emergency refuelling assistance, vehicle lockout and towing services. These are supported by on-demand service provider Bateriku.com, which the platform revealed is its first partner for the new feature.

Setel assures the reliability of its verified partners, promising immediate dispatch upon request as well as on location assistance for specific services such as battery replacement, tyre change and so on. Using the new auto assistance feature on its app will also grant users with Mesra points, which can then be used to redeem fuel and other rewards.

To utilise the new feature, simply tap on Auto Assistance on the Setel app’s home page, which will lead you to the list of on-demand services that are available. After selecting one, you are then required to submit your request details, which will then be forwarded to the service provider partners. This is then followed up by a phone call confirming the finalised amount for payment, which is later done directly through the app. Unfortunately, unlike Grab or Lalamove, Setel does not provide the ability to to track the current whereabouts of dispatched personnel.

The platform says that only one active service request is allowed at a time, and users are not allowed to cancel jobs after making a request or completing the transaction. As noted by the auto assistance feature’s FAQ page, users will not be refunded should they decide to cancel the request for whatever reason. Additionally, payments for any extra on-location services (should they be required) are also handled via the app.

The new auto assistance feature is now readily available to all Setel users. As usual, be sure to update the app to the latest version in order to enjoy all of its existing and latest offerings.