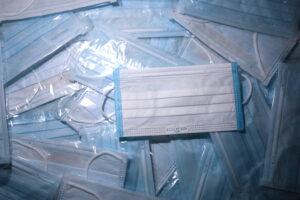 The move to require non-medical mask manufacturers and importers to get SIRIM certification has been delayed just days after it was announced earlier this week. Instead of 4 July as previously stated, the rule will now only come into force on 1 January 2023.

Domestic Trade and Consumer Affairs (KPDNHEP) Minister Alexander Nanta Linggi said the ministry decided to postpone the enforcement of the Trade Descriptions (Certification and Marking) of Non-Medical Face Mask Order 2022. He said the decision was made after feedback from the public who voiced concerns about potential price increases for masks.

The ruling was put into place to ensure that non-medical face masks, either produced locally or imported from overseas, comply with the set safety standards in order to prevent the sale of substandard masks. Alexander mentioned that the rule will also apply to fabric masks, though explained that people won’t be fined if they use masks without the SIRIM certification.

The minister denied that the delay was a u-turn, but instead called it a decision in the public’s interest. While consumers face no consequence from the new requirement, traders could be dealt hefty fines and possible jail time if found guilty of non-compliance when the law is actually enforced.

The post SIRIM Certification Requirement for Non-Medical Masks Delayed To Next Year appeared first on Lowyat.NET.