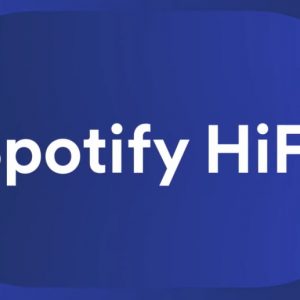 It has been almost a year since Spotify HiFi was announced. At the time, the music streaming company said that it would make lossless music streamable by the end of 2021. We’re now in 2022, and it’s still nowhere to be seen or heard. And it looks like it we won’t hear from it for the foreseeable future.

Spotify has quietly added an update to a very long-running thread in its community forum, which started all the way back in 2014. The post in question from way back when was likely one of the earlier instances of its subscribers suggesting lossless music streaming. Over the weekend, a forum mod posted an update which effectively reads as the company putting implementing the feature on indefinite hold.

The update itself is devoid of any information, such as why Spotify blows past its own deadline without a peep, or what’s stopping it from implementing the feature. It’s also worth noting that this is a reply to a seven-year-old thread, and not a standalone official announcement. It’s a wonder that 9to5Mac and AppleInsider saw it to begin with.

Spotify beat some competitors like Apple Music to the announcement punch. But it’s all for naught when the latter not only released HiFi music first, but also did so without charging its subscribers more for it. The Swedish streaming company has likely spent a significant amount of time to  weight the odds. But it may have gone a little too far as it doesn’t even have an update to its plans announced nearly a whole year ago.

The post Spotify HiFi Is Still In Limbo; Company Has No Timing Details To Share appeared first on Lowyat.NET.