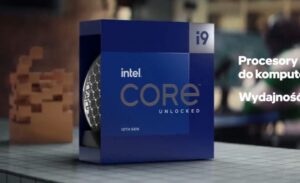 A teaser video showing off Intel’s upcoming 13th generation Core i9-13900K CPU recently went live in the country of Poland. The short 30-second teaser was published by the Polish retailer, x-kom, and serves as confirmation that its default boost clock is indeed 5.8GHz.

Besides confirming the 5.8GHz boost clock, the 13900K teaser video – which has since been made private – also confirms the CPU’s core count, which is rated at eight P-Cores, and 16 E-Cores, bringing the total thread count to 32. Unfortunately, that’s all the details the teaser offers.

Less than a week later, the alleged full specifications of the 13900K were also leaked. What made this rumour interesting was that it suggested that the 5.8GHz boost clock isnt limited to just a core, but two. If that sounds all to familiar, it’s because the setup or core configuration is similar to Intel’s top-tier Alder Lake Core i9-12900KS, a CPU that we reviewed back in June this year.

On the subject of performance, the 13900K is approximately 14% faster than the 12900K in terms of P-Core performance, and a 14% increase in performance for E-Cores, but that’s more or less to be expected, given that the number of cores is now double its predecessor.

In any case, online rumours are saying that Intel will fully and officially announce its Raptor Lake lineup during its Innovation event that is set to take place tomorrow. If that’s true, then it’s likely that we’ll be seeing the rest of the K and KF Series CPUs, and that’ll include the 65W and 35W SKUs models as well.

For another matter, it would be interesting to see just how much of a challenge Intel’s new 13th generation CPUs would pose to AMD’s recently launched Ryzen 7000 Series lineup. On that note, you can check out our in-depth review of the Rzyen 9 7950X, which is the top-tier model of the lineup.