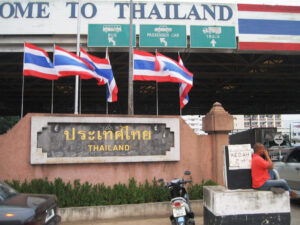 The tourism body of Thailand has said that the digital COVID-19 vaccination certificate on MySejahtera has received recognition for travel in the country. This follows the recent debacle where Malaysian travellers were stranded in an airport in the Philippines due to the national COVID-19 app being rejected, which Tourism Authority of Thailand director Nongyau Jirundorn calls an “unfortunate” incident.

Jirundorn said that the Thai government has already informed the Malaysian government of its decision to recognise MySejahtera, just as the country is preparing to open its land borders to Malaysia next month. She advises visitors to print out the PDF version of the certificate besides showing it on the app.

The Thai tourism director hopes that its move to reopen its land borders next month will be mirrored by Malaysia as well. Brunei and Singapore have already established quarantine-free travel agreements under the VTL scheme, while discussions are still ongoing with Thailand and Indonesia.

Thailand is expecting eight million visitors this year, with one million of them from Malaysia. Tourists that are coming to Thailand through the Malaysian land borders can sign up for the Test and Go scheme which would allow them to enter the country without quarantine.

The Test and Go program was originally suspended last December due to the rampant global spread of the Omicron variant but was recently revived in February. Travellers under the scheme will have to apply for a Thailand Pass, which requires presenting proof of vaccination, medical insurance with a minimum coverage of US$50,000 (~RM209,000), and a pre-booking for accommodation at certified hotels and PCR tests for Day 1 and Day 5.