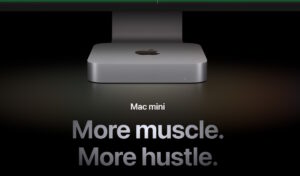 Fresh from its unveiling last week, Apple has begun rolling out the new Mac mini with M2 and M2 Pro processors in selected markets such as the United States. Unfortunately, the compact desktop machine is not yet available in our market but this does not mean that Malaysia is out of the picture for now though.

As the device has already arrived in the hands of consumers as well as tech enthusiasts and publications, quite a number of unboxing videos have since been posted online. Among them is Aaron Zollo, the Editor In Chief of Zollotech who tweeted that his M2 Pro-based Mac mini carried the Made in Malaysia label, not long after he published his unboxing video.

The new Mac mini M2 Pro I have was made in Malaysia. pic.twitter.com/G75QL336aN

Our brief search around YouTube has also led us to other videos that featured the Malaysian-made 2023’s Mac mini including MKBHD, MacRumours, Max Tech, Brandon Butch, and Brandon Geekabit. You may have to check out their videos at 4K resolution (if available) and squint your eyes to see the labels on the machine but on some videos, you can also spot the Made in Malaysia label on the bottom part of the Mac mini’s packaging.

However, the unit that the Canadian YouTuber, Patrick Tomasso obtained carries the Assembled in China label though. Nevertheless, seeing the Made in Malaysia label on these 2023’s Mac mini is not exactly surprising.

Back in August 2021, internal sources informed Nikkei Asia that Apple has relocated the production of the Mac mini to Malaysia. That being said, the Made In Malaysia label already existed on some of the 2020’s M1-based Mac mini and this applies to the 2022’s Mac Studio as well.

While Apple has yet to reveal the release date for the 2023’s Mac mini for Malaysia, the company has announced its pricing though. For the M2 version, you are looking at a starting price of RM2,499 which is inclusive of 8GB unified memory, and 256GB solid state drive while the M2 Pro variant starts at RM5,599 that covers 16-core CPU, 12-core GPU, 16GB memory, and 512GB storage.

The post The New Mac mini M2 And M2 Pro Are Made In Malaysia appeared first on Lowyat.NET.