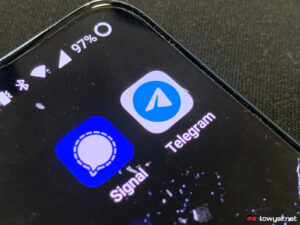 People getting their messaging accounts hacked usually does not qualify for big news, but it’s a different story when the victims of the hack are some of the most powerful people in the country. Yesterday evening, Prime Minister Ismail Sabri tweeted that his personal Telegram account was hacked into, advising the public to pay no mind to any messages they might receive from him on the app.

Later that day, Malaysia’s Minister of Foreign Affairs Saifuddin Abdullah also announced on Twitter that his personal Telegram account was also taken over. He explained that the hackers abused his name and picture, similarly telling people to ignore any messages from his Telegram and report to the authorities.

The story doesn’t stop there as today, the head of government revealed that his Signal account was also compromised. If you aren’t familiar, Signal is another messaging app which is widely considered to be highly secure, although both Signal and Telegram deploy end-to-end encryption.

Ismail said that the perpetrators were believed to have used the accounts for scams and reminded everyone to not fall for any messages using his name. He has since lodged a police report on the matter. As of now, it is unknown who were the parties responsible or what method was used to access the accounts of the two government officials.

In response to the incident, Telegram actually posted a reply on Twitter saying that the Prime Minister has managed to successfully recover his account. The company did not mention if Saifuddin has recovered his account yet, but it did offer its assistance to the foreign minister. In both replies, Telegram added a general reminder to turn on two-factor authentication for added security.

Of course, this isn’t the first time that Malaysian officials have gotten hacked. Last year, former education minister Mahdzir Khalid had his WhatsApp compromised, but it only resulted in joke messages being sent. Even the social media pages of government bodies aren’t tamper-proof, as seen last November when the Malaysian Army’s Twitter profile was taken over by SHIB coin trolls.

The post The Prime Minister And Foreign Minister Both Got Their Telegram Hacked appeared first on Lowyat.NET.