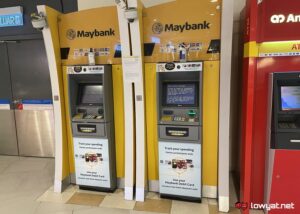 From time to time, the Royal Malaysia Police (PDRM) would offer massive discounts on outstanding traffic summonses. The discount rate is usually 50% but for last week’s 100-Day Aspirasi Keluarga Malaysia expo, the offer that PDRM put up was much higher at 80%.

Not surprisingly, the offer received an overwhelming response from the public. For the past few days, we have seen the MyBayar Saman app & website being hammered like mad and long queues have appeared at the district and state contingent police headquarters throughout the country as the public tried to take advantage of the 80% discount before the offer ends on 12 December.

In fact, the authorities were forced to shut down payment counters at the expo itself last Friday after it was clear that the organizer was not able to keep up with the SOP. However, PDRM then decided to extend the deadline for the offer to 31 December.

Not only that, the public can now also pay for their discounted outstanding traffic summons at Pos Malaysia branches. Additionally, one can also do so through Maybank’s ATMs which proved to be quite simple and fast based on our experience trying it out earlier today.

After you choose your preferred language and enter your PIN number, the above’s main menu will then appear on the ATM’s screen.

From there, choose PAYBILLS >> PDRM SUMMONS PAYMENT and you would be presented with the legal notice below:

Press CONTINUE and you would then be asked to input the I/C number that is tied to the summonses that your want to verify or pay.

If the I/C number has a clean sheet, the screen below is what you going to see on the ATM machine:

If there are summonses, you would then be asked to choose the Maybank account that you want to use for payment. After that, the next screen will show several details including the number of summonses that are tied to the I/C number.

The same screen will also display three summonses at a time for you to choose. Once you have chosen the summons that you would like to pay, another screen that provides additional details for it will then appear.

Press YES to make the payment and a receipt will then be printed out. Once that is done, the ATM machine will ask if you want to pay another summon, terminate the session, or go to the main menu.

As mentioned earlier, paying PDRM summons through Maybank ATMs is fairly quick and straightforward. Unfortunately, there is no option to perform lump sum payment though which could be a hassle if you have a long list of summonses to sort out.

The post This Is How You Pay PDRM Summons Through Maybank ATMs appeared first on Lowyat.NET.