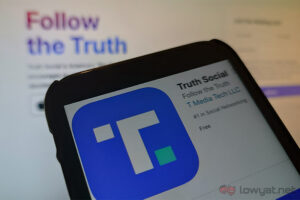 The free app was automatically downloaded onto the phones of those who have pre-registered for it, although Reuters reported that some users had trouble registering for an account or were added to a waitlist due to massive demand. As of writing, the App Store lists Truth Social as the top-ranking social networking app in the United States.

The app, which looks a lot like Twitter, is only available on iOS for now with the Android version listed on its website as “coming soon”. Trump Media & Technology Group (TMTG) CEO Devin Nunes said in an interview with Fox News on Sunday that the app is expected to be fully operational in the US by the end of March.

In a response during a Q&A session for beta testers, the platform’s Chief Product Officer Billy B. said users do not have the ability to edit posts, or “Truths”, just yet. He also said that the network is considering adding post notifications and in the coming weeks, it will issue a policy for verified accounts.