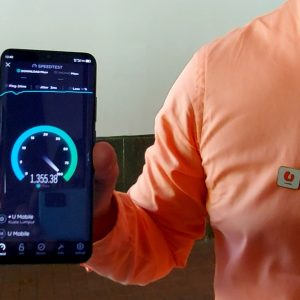 While the rollout of 5G in Malaysia began a few years ago, it has been hampered by numerous speed bumps. When the government administration changed hands in 2020, it naturally led to a new rollout policy for 5G which eventually resulted in the creation of Digital Nasional Berhad (DNB) and the adoption of the single wholesale network (SWN) model.

The Big Four telcos which included Celcom, Digi, Maxis, and U Mobile generally did not agree to the approach even after the government toned down its approach by offering 70% of DNB’s stake to the operators. Given how the stake is being divided nine ways according to a recent report by Reuters, it is not surprising that these telcos are still not confident enough to sign up with the national 5G company.

That being said, it seemed that U Mobile may have softened its stance. This is based on a recent update made to the 5G section of the telco’s website as first reported by SoyaCincau.

Based on our research, it turned out that the section has been on the site for quite a while. This is because the Intenet Archive Wayback Machine partially captured the site in November 2021 and January 2022.

According to those records, it seemed that the section has previously highlighted all the collaborative 5G demonstration projects that U Mobile has been working on since the Langkawi Trials back in 2019. The current iteration of the page has since been removed by the telco but not before Google managed to capture it on 24 May.

So, what made the page different this time around is the addition of the image that said U Mobile’s 5G service is now available in Putrajaya, Cyberjaya, and Kuala Lumpur. As you may know, 5G were activated for these three Klang Valley cities by DNB back in December last year.

Officially, U Mobile has yet to make any announcement regarding 5G deployment for end-users in these areas and our current experience showed that it is likely that the telco has not yet made its 5G service public. When we were working on this story, we slotted our personal U Mobile SIM card into a Samsung Galaxy S21 Ultra but our connection was limited to 4G+ even though we can connect to the 5G network with a Yes SIM card on the same device.

Then again, it is also highly possible that we may have to obtain a 5G-compatible SIM card from U Mobile first just like what Yes customers need to do if they want to have the access to 5G.

On a related note, U Mobile has already included 5G network in the coverage map section of its website. That being said, we have not seen any areas being marked for 5G on the map although the telco has indeed put up a “Coming Soon” label for 5G:

Truth to be told, all major telcos in Malaysia are more than ready to launch 5G services to consumers as far as technology and technical capabilities are concerned. However, the devil is always in the details.

So, let’s hope that all the industry players, as well as the government, can sort out their differences as soon as possible.

The post U Mobile Might Be Prepping To Launch 5G In Putrajaya, Cyberjaya, and Kuala Lumpur appeared first on Lowyat.NET.