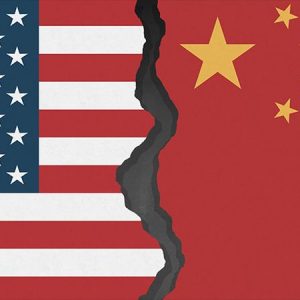 The US Biden administration recently enacted a fresh set of restrictions against China. The restrictions aimed specifically at cutting off Beijing’s access to certain semiconductor chips, made anywhere in the world with US equipment.

One of the reasons behind the US’ latest rounds of restriction against its rival nation can simply be described as an attempt to try and slow down its technological and military advances, of which it has already made strides. For some of the rules that have already gone into immediate effect, letters have already been sent out to US companies, such as KLA Corp and Lam Research Group, requiring them to halt any and all shipments of equipment to Chinese-owned factories.

Other US-based companies that have been sent formalised letters about the situation include NVIDIA and AMD, both of whom have been asked to restrict their products to China, where they’re mostly and widely used in supercomputers and systems used in the development of nuclear weapons, as well as other military technologies.

For the record, this move is technically an expansion of something known as the foreign direct product rule, whereby the US has the authority to control the exports of chips made overseas and then provided to companies based overseas. One example of this use of power was when Washington stopped China’s telecom giant, Huawei, from using its hardware and software, effectively crippling the brand’s mobile business outside of China.

On a slightly unrelated note, the move comes months after the US enacted a bill within its borders to help its own chipmakers, known as the CHIPs Act. The bill will effectively allocate an approximate US$53 billion (~RM247.6 billion) to companies like Intel and GlobalFoundries, over a course of five years.

One US expert has said that the move by the Biden administration will “set the Chinese back years”, saying that these rounds of restrictions harken back to regulations that are enacted at the height of the Cold War. That being said, it’s also obvious that China isn’t going to give up on its chipmaking endeavour.

Naturally, China wasn’t too happy with the US’ latest rounds of restrictions, calling it an abuse of trade measures in an effort to reinforce its “technological hegemony”. It also says that the move will clearly hurt normal trade between the two powerhouses, as well as threaten the stability of supply chains.