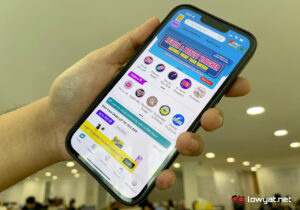 Local e-prescription service DOC2US is set to sign a new strategic regional partnership with health and beauty care chain Watsons, according to a recent report by The Edge. Citing people who are familiar with the matter, the publication notes that the deal is expected to be publicly announced soon, though no date was provided.

The sources suggest that the purportedly upcoming partnership will introduce a new feature on Watsons Malaysia mobile app, which allows users to receive on-the-go medication prescriptions. It is said that users can directly consult with DOC2US doctors via in-app chat to receive their medical prescriptions, which can then be acquired from pharmacies at selected Watsons stores across the nation.

For those unfamiliar, DOC2US is a Ministry of Health approved telemedicine provider that distributes digitally signed e-prescriptions by qualified and licensed doctors. The service also has its own mobile app for online consultations and prescriptions, among other services. It is likely that the former two will see an integration to Watsons Malaysia’s app once the deal pulls through.

As for rates, the service charges RM 10 for consultations from 8am to 11:59pm, and RM 20 for 12am to 7:59am. Specialists, on the other hand, cost RM 20 and RM 40 respectively. Whether DOC2US will charge at similar rates for the Watsons Malaysia app integration is unknown at this time.

It is also worth noting that this isn’t the first collaboration between the two companies. Prior to this, Watsons Malaysia provided customers quick access to the service’s doctors via a QR code displayed at selected stores in Klang Valley, including Sunway Pyramid, The Curve, Mid Valley, Pavilion, and One Utama. On top of integrating DOC2US consulting and prescription service to the health and beauty care chain’s mobile app, this alleged new deal will further expand this collaboration to more areas within Malaysia.