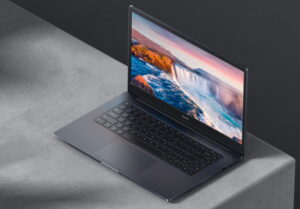 We have been hearing about Xiaomi laptops for years but it is only now that the company will officially release them in Malaysia. Starting from 6 June, local consumers will be able to get their hands on the RedmiBook 15.

The laptop will be made available in two variants for Malaysia including the higher-end version which is equipped with an Intel Core i5-11300H processor and 512GB solid state drive while relying on Intel Iris Xe Graphics. On the other hand, there is also a variant with the Intel Core i3-1115G4 chip, Intel UHD Graphics, and 256GB storage although both options still carry the same amount of DDR4 RAM at 8GB.

Available in just one colourway called Charcoal Gray, the RedmiBook 15 also features a 15.6-inch Full HD display as standard. The 1.8kg laptop has also been equipped with a 46Whr battery that apparently is able to provide it with more than 10 hours of operational time and can gain 50% of its capacity within 33 minutes.

For video conferencing, the RedmiBook 15 relies on a 720p webcam while it also has a pair of 2W stereo speakers with enhancements by DTS. When it comes to the I/O ports, the laptop offers two USB 3.0 ports as well as a USB 2.0, HDMI 1.4, a 3.5mm audio/mic combo jack, a Realtek RTS5176-based flash card reader, and an Ethernet port.

In addition to having a slot for Kensington security lock, dual-band Wi-Fi and Bluetooth support are also present on the new laptop. When it comes to pricing, the Core i5 variant of the RedmiBook 15 goes for RM2,799 while the Core i3 version can be obtained for RM2,399.

That being said though, early adopters are able to purchase it for slightly less at RM2,499 and RM1,899, respectively from 6 to 30 June while stocks last. The new RedmiBook 15 will be made available through Xiaomi’s Lazada and Shopee stores as well as all Authorized Xiaomi Stores across Malaysia.

The post Xiaomi RedmiBook 15 To Be Available In Malaysia For As Low As RM1,899 appeared first on Lowyat.NET.